Guild War is held from Monday to Friday, and promotion and relegation matches are held on Saturday. When preparing for war, each member of the Guild selects the teams of Heroes and Titans that will participate in the defense. The Guild Master has to distribute Champion Signet to Guild members, these can participate in the war. Each Guild can have up to 15 Champions (20 champions in the Gold League).

After the Guild Master selected all Champions, he or she has to place them on unoccupied positions on the war map (Champions can leave and join positions themself if desired). When the war begins, the strength and positions of the defenders will be fixed until the next war, every change to Champion Signets, teams, positions, and fortifications won't take effect.

The Health and Energy of defending teams are saved during the war.

All players see all enemy teams and can attack any enemy team on available fortification if they have attempts remaining. Each Champion can attack up to 2 times during the war. The goal is to earn more Victory Points than the enemy Guild, they are given for:

If the position in a fortification is empty it is considered "defeated", thus giving Victory Points to the attacking team.

The attacker plays the battles in manual mode and starts them with full Health and no Energy.

Progression on the Map

Not all fortifications are eligible for the attack right away. At first, you can attack the Mage Academy, Barracks, Lighthouse, and Bridge.

After beating all 3 defending teams on the Bridge, the second tier of fortifications is unlocked: Foundry, Bastion of Fire, Gates of Nature, Bastion of Ice, and Spring of Elements.

When you beat all the defenders in Bastion of Fire, Gates of Nature, or Bastion of Ice (at least one of them), you will be able to advance to the Citadel, which is the fortification that awards the most points.

When the war is over the rating is updated and the Guilds receive Guild War Trophies, depending on if the war was won, lost, or ended in a draw.

At the end of a week (Monday - Friday), Guilds will receive additional Guild War Trophies depending on their rating. 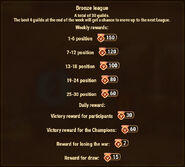 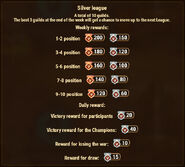 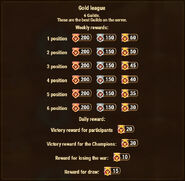 Guild War Trophies are earned by competing in Guild Wars, they are awarded depending on the league:

Trophies are awarded for:

Trophies can be exchanged for different valuable items and skins in the Guild War Shop or used to evolve Elemental Spirits.

Matching is arranged by the Guild's rating and total Victory Points earned for the season. 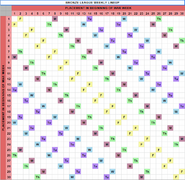 Bronze League matchups, depending on the weekday (Monday-Friday) 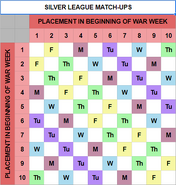 Silver League matchups, depending on the weekday (Monday-Friday) 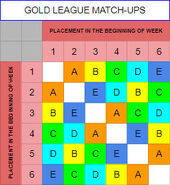 These matches are played on Saturday between the best Guilds of the lower league and the worst Guilds in the higher league. They face each other in reverse order and the amount of matches depends on the league:

If the Guild from the lower league wins the match they will start the following week at the bottom of the higher league.

If a member or a Champion of the Gold League Guild leaves the Guild and joins another guild (regardless of league), he or she will have a temporary lock, preventing them from becoming Champion in the new Guild and from participating in the Guild War till the end of the current week (i.e. till Sunday or Saturday, if the Guild doesn't take part in the Promotional battle). The same rule applies if this member transfers to another server. However, if the player returns to the initial Gold League Guild, he or she will be able to resume participating in the war during the same week.

Retrieved from "https://hero-wars.fandom.com/wiki/Guild/Guild_War?oldid=24277"
Community content is available under CC-BY-SA unless otherwise noted.